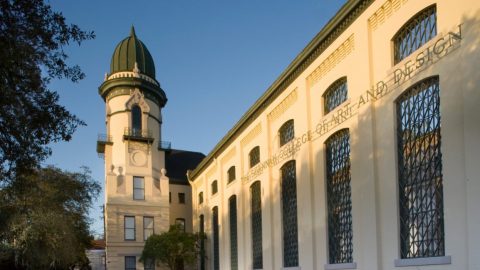 Built in 1887, Habersham Hall served as the Chatham County Jail for nearly a century. Recognizable for its Moorish Revival style tower, the building is located in the heart of Savannah’s historic district. The three-story building which originally served as the jailer’s quarters currently houses The Habersham School’s upper school, while the former cell blocks now line a spacious courtyard, which the school uses for chapel, outdoor classes, and other community events. 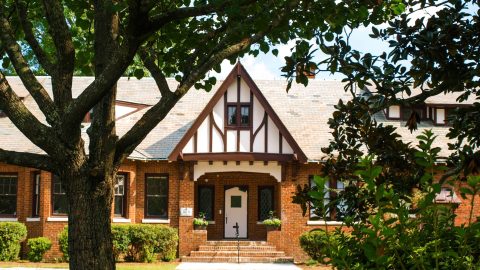 Gould Cottage, located in the beautiful Ardsley Park neighborhood, was built in the early 1930s by millionaire Edwin “Jay” Gould of New York City and his Gould Foundation for Children to be used as a children’s nursery. The two-story Tudor-style building eventually developed from a nursery into a home for boys and girls in need. After nearly ten years of vacancy, The Habersham School purchased and restored the structure in 2014. The halls of this quaint cottage are once again filled with children, as Gould Cottage now houses Habersham’s lower school.

For the past 90 years, the Jenkins Athletic Club has served the Savannah community by providing a space for athletics and recreation. The JAC’s basketball facilities are home to The Habersham School’s JV and varsity basketball and volleyball teams 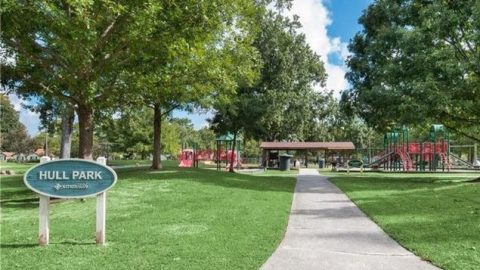 Hull Park was developed in the early twentieth century as a part of the Chatham Crescent neighborhood. The diamond-shaped park offers the neighborhood a playground, baseball field, and outdoor meeting space. Adjacent to Gould Cottage, the park provides a shaded area for outdoor lunches and classes, as well as recreational space for recess and P.E. 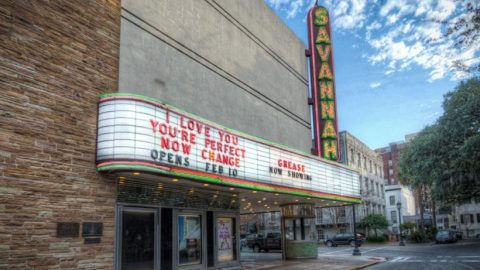 The Savannah Theater opened its doors to the public in 1818. Despite significant hardships throughout its first few decades, including fires, changing ownership, and financial strife, the theater became a staple of arts and culture in Savannah. Notable performers such as Oscar Wilde, Lillian Fields, and W.C. Fields have taken the stage at the Savannah Theater. After a fire in 1948, the theater was redesigned with its notable art deco facade and converted into a movie house. The Savannah Theater graciously partners with The Habersham School to offer a whimsical and dynamic environment for theater productions, summer camps, ballet performances, and recitals.