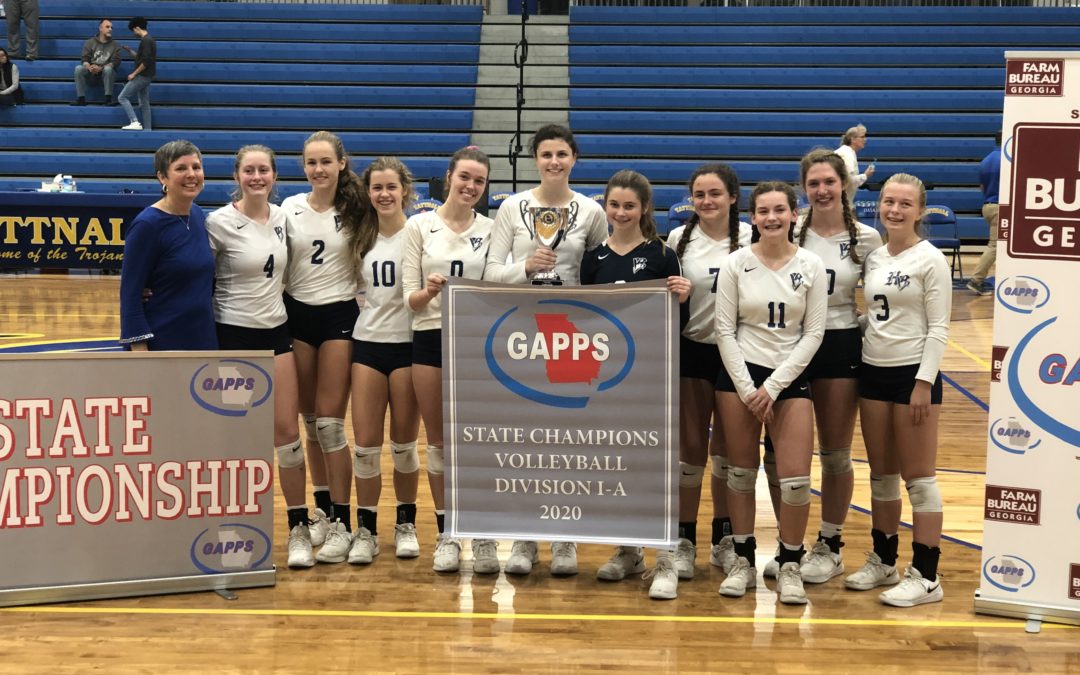 This article was originally published on the Savannah Morning News website by Dennis Knight and has been republished here.

MACON — The Habersham School won its third straight state volleyball title Saturday as the Patriots prevailed in a close match with Oakwood Christian 25-17, 24-26, 25-22, 25-21 in the GAPPS D IA finals at Tattnall Square Academy.

It was the fifth state crown in the last six years for the Patriots, who finished the season with a 23-10 record, with wins over GHSA teams including St. Vincent’s Academy and Savannah Country Day.

In the championship match, Jordan Christy, the star outside hitter who has committed to Georgia Southern, racked up 35 kills, with four aces, two blocks and nine digs.

Lucy Kelly had 44 assists and eight digs, and Makenzie Sparks had six kills, two blocks and 11 digs. Anna Thompson had eight kills and two blocks and Peyton Burnsed had 18 digs.

“It was a great season led by our seniors, Jordan Christy, Makenzie Sparks and Peyton Burnsed,” coach Susan Barry said. “They have been tremendous leaders constantly setting a great example of hard work, commitment and love of team. They refuse to quit, and they led with their voices and their play. The constant encouragement they give to their teammates has set the tone for our team and enabled us to achieve success.

“This was definitely our most difficult championship, and the way the girls fought back from being down in each set and never gave in made me so proud,” Barry said. “They have been a joy to coach. Winning is so sweet but also sad as this is the end of an amazing run for these seniors.”