Jordan Christy, a Senior at The Habersham School — a PreK3-12 Christian Classical school with campuses in the Landmark Historic District and Ardsley Park — has verbally committed to play volleyball for Georgia Southern University.

“I am so excited to finally announce my verbal commitment to play volleyball at Georgia Southern University,” said Christy. “It is amazing that I am able to go to a school that is so close to home, while also being able to play volleyball at a high Division I level. The coaches and players at Southern could not have been more welcoming and I cannot wait to officially be a part of their family!” 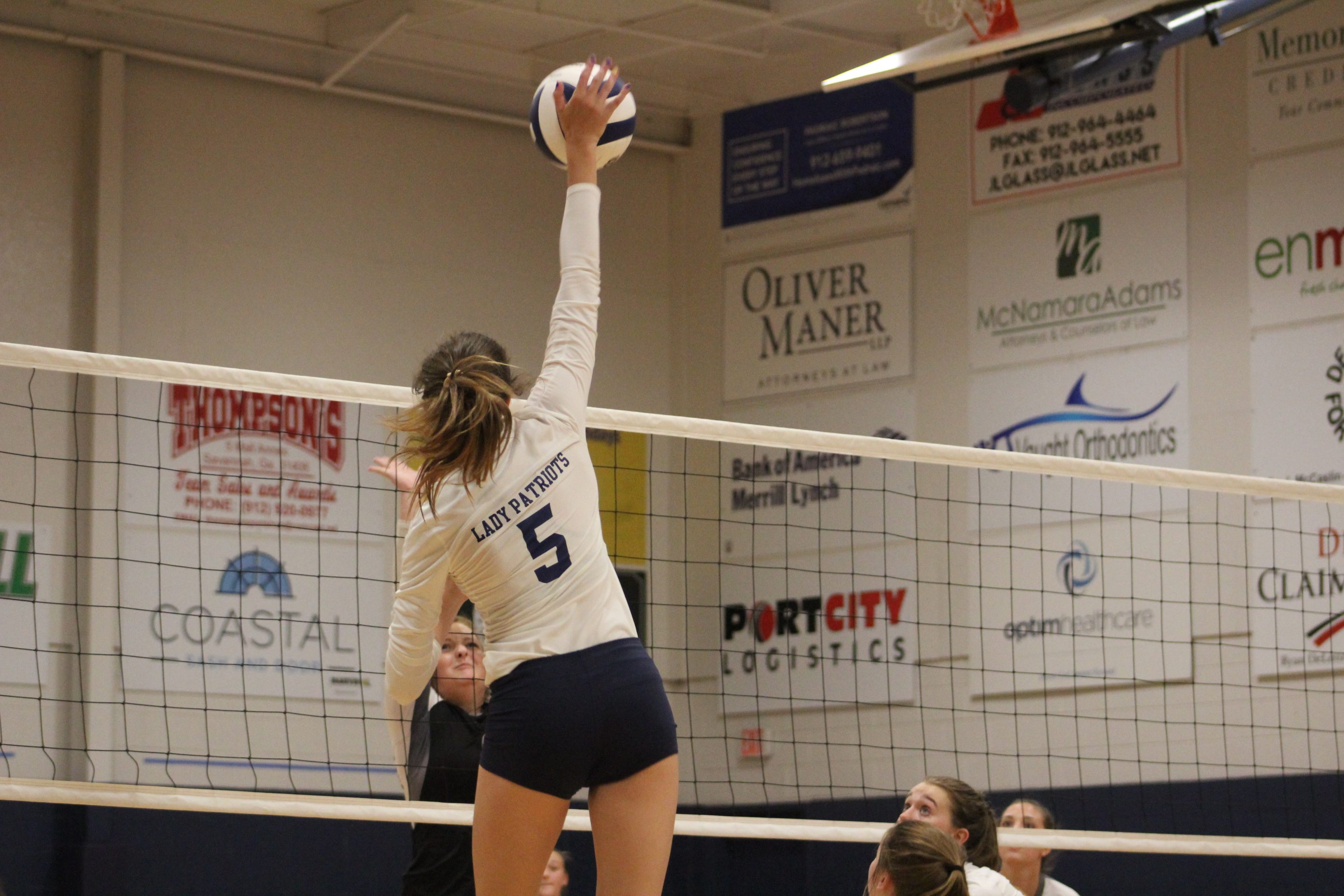 “Jordan made the move to outside hitter halfway through her freshman year and has become a dominant offensive player, said Habersham volleyball coach, Susan Barry. Christy has been playing volleyball since 6th grade, starting out as a setter. “I was asked to make the switch to an outside hitter in my Freshman year of high school and my club also asked me to switch in my Junior year. This jump from setter to outside was a lot of work, but I had no idea that it would get me to where I am now. I could not be more grateful,” added Christy.

Christy has led Habersham to 2 state titles in the last three years. She has been named All-Region and All-State for 3 consecutive years and 1st Team All Greater Savannah the last 2 years. She passed the 1000 kill mark last season and is currently over 1300 for her career. “One of her greatest attributes as a player is how she comes up big in the biggest matches – she is a clutch player who thrives in pressure situations. She will graduate as Habersham’s all time leader in kills; she has been a pleasure to coach and has an incredibly bright future ahead of her! We are thrilled that she received this offer from Georgia Southern and look forward to watching her go on to do great things,” added Barry. 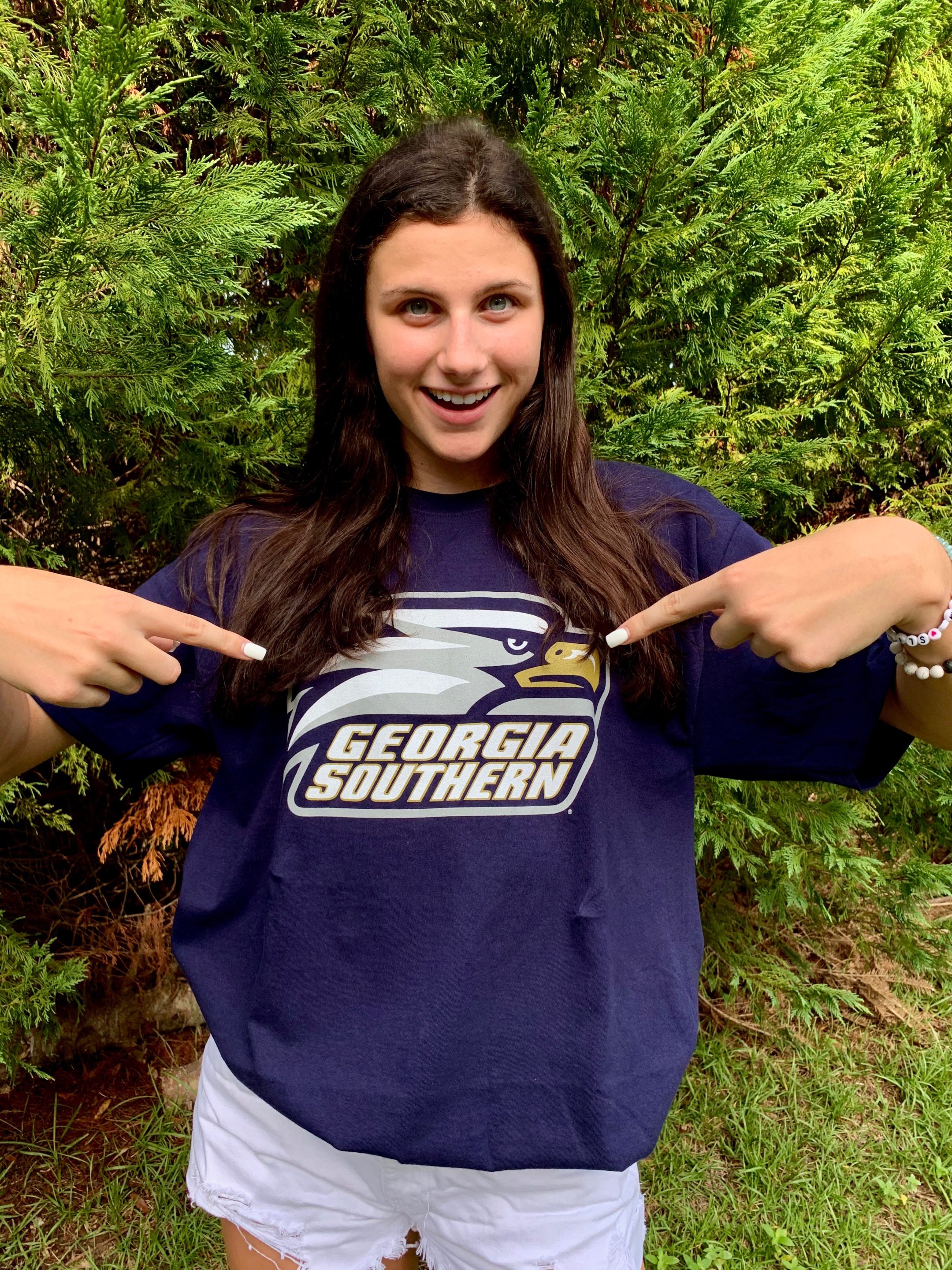 “I am so thankful to all the people in my life who have given me so much support, love, and advice. The recruiting process was much more difficult because of the pandemic, so I was extremely lucky to receive this offer,” said Christy. “I owe a huge thank you to my high school coach, Susan Barry. She has been so supportive of me and has given me motivation to be patient during stressful times. I would not be the player I am today without her and all the things that she has done for me.”

Habersham Athletic Director, Chase McGarity, offered further praise for Christy; “Jordan is an amazing competitor and leader. She oozes positivity and does not let negative plays affect her attitude and effort. Regardless of the score, I always feel that the Patriots have a chance to win because our girls follow Jordan’s example by never quitting or letting a deficit get them down. She has immense talent, but it is her positive attitude and immense competitive spirit that makes her such an amazing teammate and competitor on the court.”

For Habersham, this is yet another step in the development of the high school and in increasing extraordinary athletic, academic, and arts opportunities for students. It is the second Division I commitment in the history of the school, the other being Senior Sam Parker who will be swimming for UGA.The Habersham School is a place where invention meets tradition.

Habersham is committed to honoring Christ in establishing an education grounded in the orthodox Christian faith and the classical tradition that equips students to skillfully engage society with wisdom and charity and thoughtfully pursue moral beauty and eternal purpose in the modern world.

Click to read more in the Savannah Morning News.